Elasticsearch One Tip a Day: The Sense UI

This is the first post of what I hope will make a useful series on Elasticsearch. In this series I will share some tips and tricks I often give when working with various clients, or during courses or conference presentations.

In this post we will show-case Sense, the best Elasticsearch REST client out there. Even if you are already familiar with Sense, watch out for some pro-tips in the end.

Elasticsearch exposes all its functionality via REST over HTTP, using JSON in requests and responses for everything from indexing data and querying it, to managing index and cluster configurations.

Memorizing all the endpoints and the entire DSL is frankly quite impossible to do, especially at the rate the Elasticsearch developers are moving at. For this, we have the Sense UI. Using this tool, you get auto-completion and intellisense on available endpoints, index and type names, the query DSL (including field names) and more.

Originally authored by Boaz Leskes as an open-source tool and a Chrome extension, it is now bundled with the Marvel product (which is non-free for non-development environments). So basically you have two version available, each one with its pros and cons:

Once you got Sense installed, you can type commands in the left pane, execute them against the Elasticsearch server (you can set the URL in the top bar of the Sense UI), and read the highlighted and prettified results in the right pane.

The format of commands Sense accepts is shown in the image below: 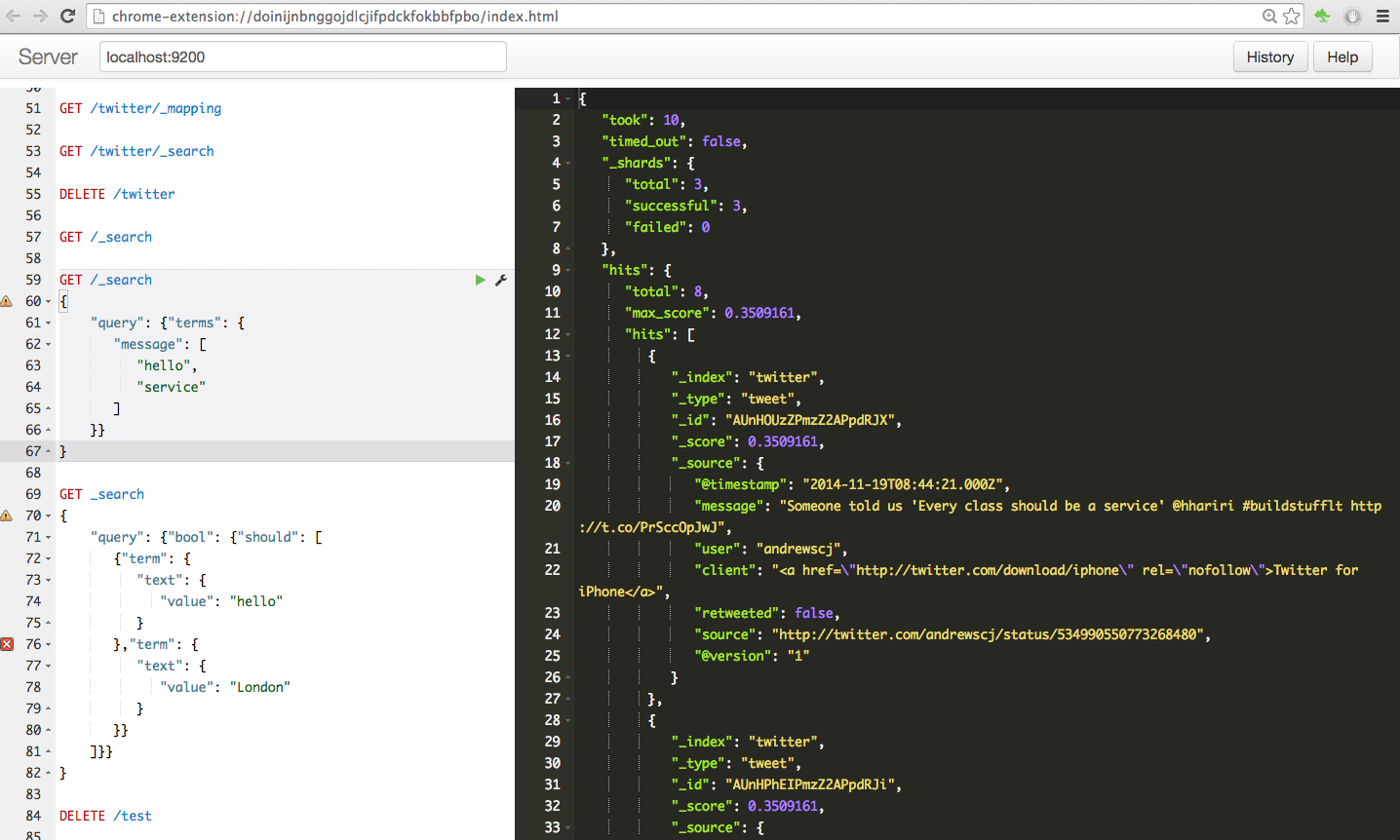 Already familiarized yourself with Sense? you may find the following pro-tips useful as well: