The definitive guide for Elasticsearch on Windows Azure

Running Elasticsearch in the cloud with Azure is fairly easy. There are several guides out there talking about how to do this, but my way of doing this is a bit different so I thought it'd be worth blogging about. I've also included discussions on some important related topics in the end.

To highlight the main differences from other guides out there, with my approach:

With that in mind, let's start rolling. Log-in to your Windows Azure account, and head to the Management Portal.

Let's start by creating the infrastructure. You may need to wait after some steps for the resource you just created to be provisioned and started.

After the VMs were created and initialized, you can click on it in the portal to get to the Dashboard and get it's "SSH details". This will be a domain and a port.

Download PuTTY.exe and for each VM you've created, follow the steps below. This is where we prepare the machine to have OracleJVM and Elasticsearch, before we bring up the cluster.

This one-liner will install Oracle JDK (mostly) silently, and set JAVA_HOME accordingly. For more details on what it's doing, see http://www.webupd8.org/2012/01/install-oracle-java-jdk-7-in-ubuntu-via.html:

If you wish to verify the JVM version, you can now run java -version.

Next, download and install latest Elasticsearch (1.2.1 at the time of writing this) using the official Debian package, and also setting it up to run on boot up:

We now have multiple VMs properly installed with Elasticsearch ready to run on them. Before actually running the cluster, there's a few configurations we need to do.

First, we need to tell Elasticsearch how much memory it can consume. The highly-recommended default is 50% of the available memory. Meaning if we have a 28GB instance, we will give Elasticsearch 14GB. We do this by running:

And then uncomment ES_HEAP_SIZE=2g (by removing the #) and changing it to be 50% of available memory (e.g. ES_HEAP_SIZE=14g). To quit and save click Ctrl-X, y, and then Enter.

Last remaining bit is the Elasticsearch configurations file. It has a lot of details in it, with a lot of explanations (that you should read!), but on our VM we don't really care about all that, we just need to have the settings relevant to us there. So let's clean the file and get into editing a clean one:

Paste the following into the file, changing the defaults as per comments below:

To elaborate on what we have done here:

Once done, hit Ctrl-X, y, Enter again to quit and save. You can now run Elasticsearch on this VM, you do that by typing:

And after a few seconds it takes it to initialize, you can verify it is running by pinging it over HTTP:

You should get Elasticsearch's Hello World, spoken in JSON.

Elasticsearch now runs as a service, and writes logs to /var/log/elasticsearch. You should consult with them to check for errors and such on a regular basis (or if something went wrong).

To check the status of a node, simply type:

And to stop a node:

To verify our cluster is all up and running, log in to one of the machines and execute curl http://localhost:9200/_cluster/state?pretty. You should see a response similar to this:

This will show you the cluster state, and you should be able to tell if you are missing nodes. More on this here: http://www.elasticsearch.org/guide/en/elasticsearch/reference/current/cluster-state.html.

Congratulations, you now have your Elasticsearch cluster running on Azure. Here are a few more points for your consideration.

In this guide we opted to using the VM storage space for logs and data.

You should mount drives to be used for logging and data files. Meaning, attach one new disk for every VM and have it use it as a data storage. This way, you can easily upgrade your Elasticsearch VMs on the go by just destroying machines without copying files. This is also a good practice for data redundancy. I will consider having one shared disk (with separate folders, one for each VM) for logs a good practice as well, then you can have on logstash instance running on top of one disk.

Changing the data and log paths is fairly simple and can be done by changing path.logs and path.data in elasticsearch.yml, more details here.

Speaking of Elasticsearch logs, you should track them. If anything goes south, you should know where to look and that place should be nearby.

Our Elasticsearch cluster is inaccessible from the outside, and that's good. We don't want people to have access to our data, even if it's read-only. But how to access it from your applications? you have two options:

Use a good monitoring tool

See BigDesk, ElasticHQ and Marvel (first 2 are free, latter needs to be purchased). Either way, unless you use HTTP authentication you will not be able to install them as a site-plugin, but will have to deploy them via a secure host deployed to Azure as a Cloud Service.

Use certificates for logging in to the VMs

Instead of typing a username / password combination to log into your VMs, you can upload a certificate and authenticate using a private key. This tends to be more trouble to do on Windows, but it is indeed possible to do. You can also generate a certificate from your OpenSSH keypair (which is what you probably use for git anyway). See here for more details: http://azure.microsoft.com/en-us/documentation/articles/linux-use-ssh-key/.

Instead of specifying the IPs of the nodes yourself in the elasticsearch.yml config file (aka using Unicast), you can use the official Elasticsearch Azure plugin to figure out what nodes are available for you. I preferred not using it because for small and solid-state clusters this adds friction I'd rather not have, but for large, vibrant clusters this will probably help a lot.

Another benefit of the plugin (which you can leverage separately, even if you don't enable Azure Multicast) is enabling snapshot/restore for Azure Storage.

Don't use a load balancer

It's tempting to put a load balancer in front of your cluster, but it really doesn't make a lot of sense in the case of Elasticsearch. Most clients (especially the official ones) will do round-robin and fail-over on their own and in addition implement sniffing functionality, to detect new nodes when they join the cluster. Your load balancer (or Azure's) can only be so smart. Elasticsearch clients will be smarter, as long as you make sure to use an official and recent version of a client (or one that was implemented with this in mind).

The manual provisioning steps outlined above can be automated pretty easily, I just hadn't had the opportunity of trying that out. I believe using a Puppet Master or similar, or automatically running a custom provisioning script downloaded from storage. Either way, treat this guide as a boilerplate really, and just use whatever works for you. 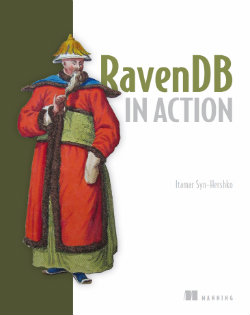